The Star Festival of the dawn 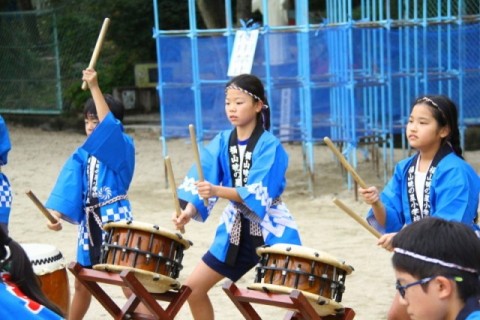 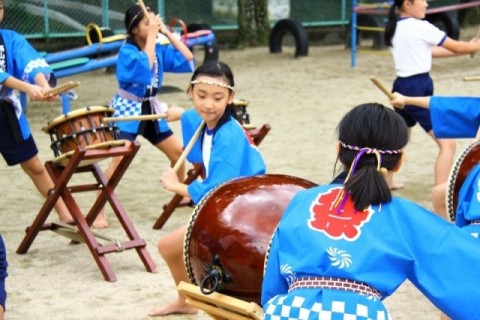 The annual "Star Festival of the dawn" that children waited expectantly for. Blessed with weather, I had many pleasant memories and was able to finish it in a warm atmosphere safely.
A parents' association hosts this festival for children. I spent long time and prepared so that it was for the cause of the theme, "we had the Happiness lies withinýou happiness for the parents' association in oneself", children on unforgettable memorable 1st. Frequently, what I did while enjoying the preparations for festival with a smile even if mother of the officer who came for preparations met you whenever reached it. And
On the day I worked quickly while cooperating in everybodies and felt as if a head fell down in the figure. By splendid plan and teamwork, I was able to finish clearing it up very from a plan early. I realized that this which "performed things carefully heartily so that it was pleased toward the other party" was the good tradition of the parents' association of the star of the dawn. I express sincere appreciation for protectors. Thank you.
The children thought about an emblem, and, in all school years, time for drawing and manual art, the print and the ceramic art and the upper grades wrestled for the production that there was many it such as the Christmas cards which they made in a work and English of the home economics. I displayed the work which seemed to be the baby which I made with thought through hardships while devising it to fill the gymnasium. The printing is polite, and and though it is difficult, it is warm, and the work of the ceramic art makes it and a work feeling strength can express the work of the print that it is lively and it is splendid and wants to do words of the praise from the which had you see it in future encouragement.
The opening was the harmony among traditional culture club drum performance. It is ichiseiken toward this day from the first semester
I practiced a life, but the way of last 2-week progress was remarkable, and a shout with the spirit, the sound of the powerful sum drum echoed in the whole academy, and bloom was able to start a festival.
With the omikoshi which the sixth grader decided their themes for each class at the finale, and decorated it, I paraded around an athletic ground. "Progress, a bullet" was orderly in the front, and the B group put power together to a string of a thousand folded paper cranes which stood in line together, and it was to one, and a feeling to say an encounter to live in now carefully carefully advanced that "hope, once-in-a-lifetime chance" was colorful, and the Class A had hope different individually to the decoration of the flower studded with, and to grant the dream, and the feeling that it was said to get over even what kind of thing was expressed. I played a role as the person in charge, and the face of the sixth grader who had finished carrying a heavy omikoshi on the shoulder shined for satisfaction.
It is in one, and all which see it, and think our school including, the staff of a school of children, the protector and class reunions to be it in defense carefully of God feel happiness in it having been possible for the Star Festival in dawn safely. I thank all people concerned with the Star Festival of the dawn heartily.
Institute of educational foundation Fukuyama Akenohoshi
〒721-8545
3-4-1, Nishifukatsucho, Fukuyama-shi, Hiroshima
TEL.084-922-1682 (academy direct communication)
FAX.084-925-1533 (academy direct communication)
※ About the individual inquiry
I would like it at the following.
(junior high school, high school)
TEL.084-922-1682
(elementary school)
TEL.084-923-5264
(kindergarten)
TEL.084-923-4244
(nursery school)
TEL.084-982-6815
Back to TOP