All are different, and all are good 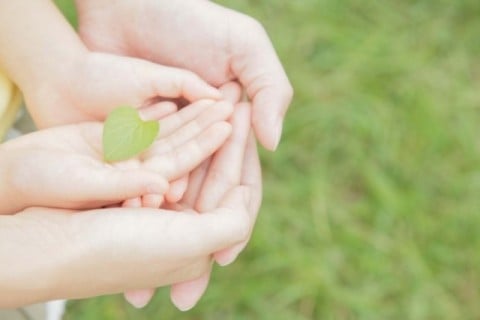 It was the second semester, and it was October in no time. The central event of the second semester is "the Star Festival of the dawn". Everybody is looking forward to it. Therefore a thought talks about how you do "the Star Festival of the dawn" of the year since you became headquarters officer, a councilor by the parents' association. A thought cooperates with inevitable death in the cooperation of the whole school, all protectors saying it is by "a festival that children enjoy it with all one's might and remember". Children of the star of the dawn are really happy. Each one is loved well. If there is loved awareness, I can trust a person. Courage and power to say to confront a confidence rice cake, difficulty, and to get over it spring out. "The Star Festival of the dawn" is full of love from God, the love from an adult, the love from a friend. ・It is ・ ・ forthcoming Sunday, October 28 9:00 start. I look forward to the visit of everybody.
Then I had the indication that was hard to be open school (ОS) performed on last Saturday, September 29. (family, protector approximately 180 come including infant and appreciate the OS)
Mind zukigaarimashita following in the questionnaire on the day.
[when "star Elementary School of the dawn plays in children," I was listed under the first of ... supplementary material ①, but I brought up a person and held mom) of feeling of different sum (text in using the word to "play" for children, the child who were that leading role in an educational front to bring up. I do not say "to a product ∴, soldier", but do not take good care of a person I had an impression]
It was the title of the foreword that I put on a protector bulletin in March of the age that started for its new post in the principal school. Because the individuality of each person's children glistened, in the star of the dawn, children felt naturally the leading role, but ... Will this be because words were insufficient? I reflect in the person who had such thought having been broken, and nothing is heard after the fact. More inexperienced. I have this person enter the principal school by all means and children are severe carefully and pray when they want you to understand that you are brought up at ease again.
Ta-da! ！Oh, it is an appearance of you Hoshi. The sky is high, and get fat ○○; in autumn! Say this, but a system already obese in early fall as for toiunonia you. Hoshi is slender. I should eat the same quantity.
A protector seemed to be talked about anxiously today by Mr. Sakaki saying "(in a you) may be pregnant as for the cat of the white one". "No, I seemed to be returned saying it was saying that is male". I gained weight to there! I became glad in this. (when I was thrown away at the school, I lost weight. Please feel relieved; ・. I perform antifertility operations with two people)
I might resemble me (considerably obese system) and Kaino older sister (smart system) who took care mainly. You talked with me in two people using mind, and would you decide a figure? ? ?
Institute of educational foundation Fukuyama Akenohoshi
〒721-8545
3-4-1, Nishifukatsucho, Fukuyama-shi, Hiroshima
TEL.084-922-1682 (academy direct communication)
FAX.084-925-1533 (academy direct communication)
※ About the individual inquiry
I would like it at the following.
(junior high school, high school)
TEL.084-922-1682
(elementary school)
TEL.084-923-5264
(kindergarten)
TEL.084-923-4244
(nursery school)
TEL.084-982-6815
Back to TOP